The history of recommendations for Pap smears and pelvic examinations involves a lot of advisory groups and reflects both facts and factoids. The prevention of problems associated with human papilloma virus (HPV) and the early recognition of cervical, uterine, and ovarian cancers gets lumped into one series of recommendations.

Our jury has reached a verdict on the guidance and unpacked the recommendations in the following table. Where the research is conclusive, we labeled it a unanimous decision; where the organizations differ in their advice, we called it a hung jury; and where the organizations are vague and there is just not enough evidence, we have said so. 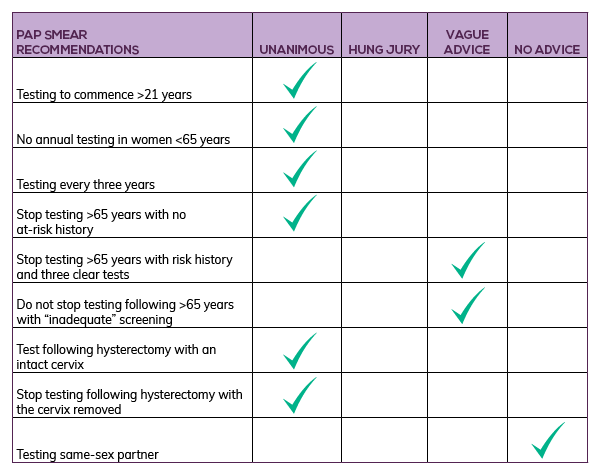