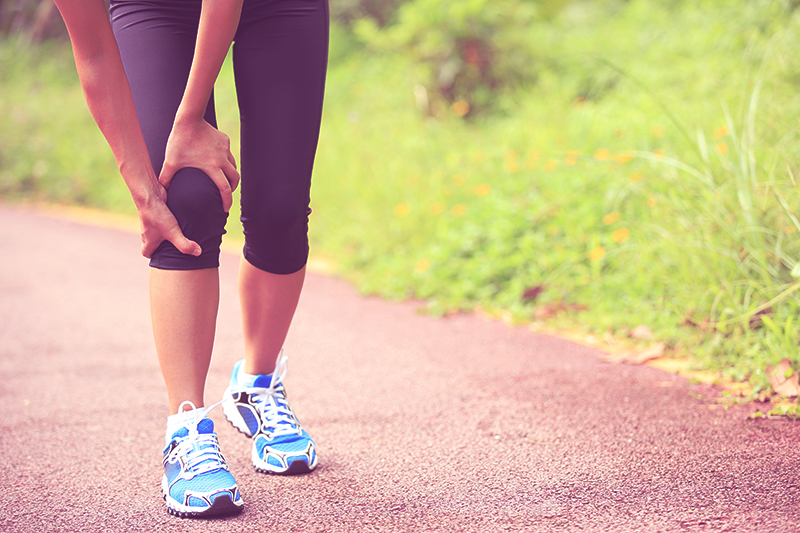 Persistent joint pain isn’t a minor annoyance. It can seriously slow you down in all aspects of life. Just like you, your vagina is always growing and changing. And, just like the rest of your body, your vagina requires proper care to stay healthy. Natural supplements are very in vogue at the moment, but they’ve been around for centuries. Elderberry has been used for hundreds of years to treat respiratory illnesses (and there’s evidence it could reduce swelling in the sinuses, so it’s still popular today.) Comfrey was used by the ancient Greeks to treat broken bones. Echinacea was originally a Native American medicinal plant used to boost immunity, and we still use it to ward off cold symptoms.

The list goes on. These days, there are countless companies touting the benefits of natural supplements for menopause as an option for women seeking relief of hot flashes, mood swings, sleeplessness, and more.

But there’s a ton of controversy around natural supplements for menopause. For one, there are limited studies about their effectiveness, so we can’t be 100% sure that they’ll live up their claims. And because supplements aren’t regulated by the FDA, we don’t always know exactly what ingredients they contain. Finally, “natural” doesn’t translate to “safe.” Every supplement has a list of possible side effects.

Black Cohosh is one most popular natural supplements for menopause, but there is no concrete evidence that it has any effect on these symptoms. Still, some women swear by it, claiming it relieves several menopause symptoms like hot flashes, vaginal dryness, and more. Be warned, Black Cohosh could have dangerous side effects like liver damage.

Some claim that kitchen staple ACV could help lessen the severity of hot flashes by regulating the body’s toxins. Others claim that it could relieve itching caused by vaginal dryness. Unfortunately, we could not find any medical evidence that supports either of these claims.

So why all the hype around ACV? It’s relatively safe (outside of potential tooth erosion from the acidity), it’s easy to obtain, and it has been proven to help with blood sugar control. As for the relief of menopause symptoms? No dice.

Evening Primrose Oil contains gamma-linolenic acid, a fatty acid involved in the production of prostaglandins. The additional prostaglandins could help counter menopause symptoms like anxiety, hot flashes, hair loss, and more. But like many natural supplements, there is no medical evidence that proves that Evening Primrose Oil works for menopause symptoms. Be forewarned of the side effects, including upset stomach, headache, nausea, and diarrhea.

Ginseng has been used for centuries to cure a variety of illness, and it’s still ultra-popular today. It’s one of the few supplements that has been proven to help with menopause symptoms. One study found that ginseng helped menopausal women improve their sex drive. Another study found that ginseng can help women decrease their risk of cardiovascular disease. It’s also possible that ginseng can improve mood changes and help with sleeplessness. Side effects could include diarrhea, insomnia, and headaches.

St. John’s Wort is known for its ability to treat mild depression, which so many women encounter during menopause. The good news is that there is evidence to support that it can help treat depression and even improve sexual well-being. Combined with Black Cohosh, it could be even more effective in treating concentration issues, sleeplessness, and vaginal dryness. While mostly safe, St. John’s Wort shouldn’t be taken in large doses and could cause side effects like upset stomach, dry mouth, and headache.

Although Wild Yam is often promoted as an alternative to estrogen therapy, our bodies can’t turn it into estrogen. It sometimes appears in creams that claim to help with hot flashes and night sweats, but there is no evidence that Wild Yam can play any role in relieving menopause symptoms.

Soy contains plant estrogens, which could help relieve menopause symptoms like hot flashes. And there’s a lot of evidence to support that. In Asian countries where soy is a common staple, women have fewer hot flashes. Another study showed a 45% reduction in hot flashes for women taking soy.

“There is some good data that soy can reduce both the frequency and the intensity of hot flashes by about 50%,” says Machelle Seibel, professor of clinical obstetrics and gynecology at the University of Massachusetts Medical School in Worcester. “A lot of doctors feel that somehow that’s not significant enough, and would prefer that it eliminate all hot flashes.”

Even so, soy is generally safe to use – so if you’re seeking menopause relief, it could be one of the most accessible and easiest options for a natural supplement.

Dong Quai has been used in Asian countries for thousands of years to help build blood health, increase immunity, and relieve pain, among other things. It’s known for helping reduce menstrual cramps, and some women take it to help relieve hot flashes, however, we don’t know for sure how effective it is since studies on the supplement are limited. It has several alarming side effects, including difficulty breathing, low blood pressure, and increased bleeding risk. People who are allergic to carrots should avoid Dong Quai because it belongs to the same plant family.

Red Clover is a flower that is used for everything from hair loss to skin cancer treatment. As for menopause, there is some evidence that Red Clover could reduce the severity, but not the frequency, of hot flashes. Like so many natural supplements, there are contradictory findings on just how effective it is for menopause symptoms. As for side effects, Red Clover causes rash-like symptoms, nausea, and vaginal bleeding. Anyone sensitive to hormones, have a Protein S deficiency, or have a bleeding disorder should avoid Red Clover.

Pine bark extract, or Pycnogenol, is comprised of plant-based hormones called flavonoids. One study found that taking pine bark extract over the course of four weeks significantly improved hot flashes and other menopause symptoms. It’s also generally safe, although it has some side effects including dizziness, headaches, and stomach problems.

Ready to stock up on natural supplements for menopause? Not so fast!

Whether you’re curious about alternatives to hormone replacement therapy or you just like the convenience of getting your menopause solutions at your local health food store, there is one very important step you need to take: talk to your doctor about using natural supplements for menopause.

Everyone is different, so your results with supplements could vary a lot. Your doctor will be able to help you decide what supplements, if any, are a good match for you. To learn more about solutions for menopause symptoms, check out our posts on hot flashes, vaginal dryness, sleeplessness, hair loss, and hormonal replacement therapy.